Start the mediation process for as low as
$345 *

*Hourly Rate. Does not Include Additional Filing Court Fees and Case Expenses

Are Mothers Favored in Custody Agreements? 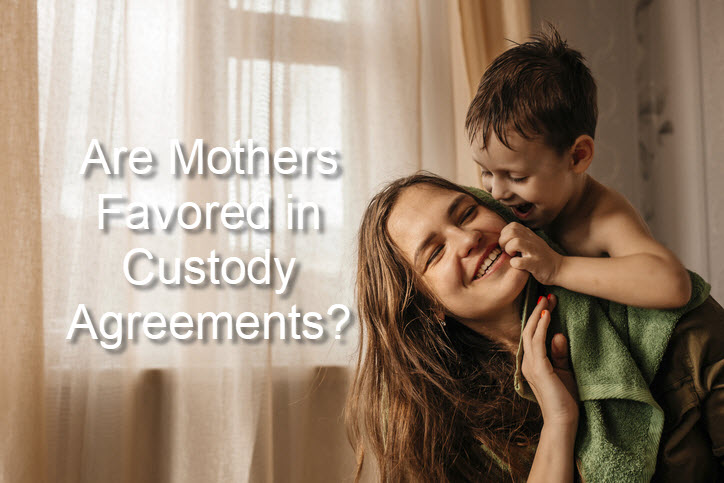 Divorcing is already a mental, emotional and financial strain. When parents contemplate the possibility of being separated from their children, it can be extremely distressing.

Clients often wonder whether mothers are favored in custody agreements. In the past, mothers were favored because they were also considered primary caregivers. Here’s the good news: New York takes a “best interest of the child” approach, with a rebuttable presumption that the child would benefit from having both parents in their life. These statistics shed some additional light on the mother vs. father custodial breakdown.

Who is more likely to get custody?

Just four percent of custody cases have to go to trial—the rest are settled beforehand or out of court entirely. Furthermore, in all custody cases, 51 percent determine that the mother should be the primary custodial parent. 29 percent of those cases were made without a mediator or the court. 11 percent were resolved through a mediator, five percent were a result of a custody evaluation and four percent were settled in court. This is nearly an equal distribution between mothers and fathers, and often because the parents agreed it was the best choice.

Because New York takes a “best interest of the child” approach, fathers are entitled to request are likely to receive at least shared custody. However, when a mother receives sole or primary custody, it doesn’t necessarily mean that the court is biased against fathers. Neutral reasons to award primary custody to one parent over another may include the availability of childcare, jobs which require frequent travel and parental health issues which prevent full-time caregiving.

Ideally, you and your ex will be able to reach a mutually agreeable custody arrangement out of court. For assistance with your custody issues, contact the knowledgeable divorce mediators at Solutions Divorce Mediation in Long Island today.

Get an accomplished attorney to mediate your divorce