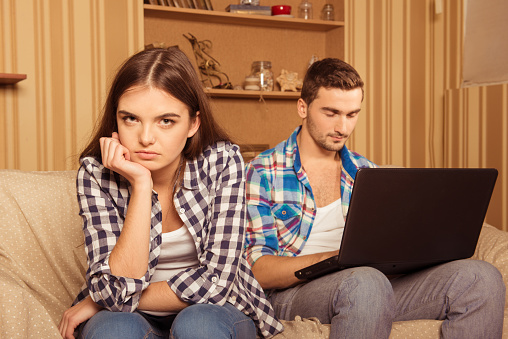 Can you adjust your status to “single” by serving divorce papers to your spouse’s Facebook account? Traditionalists might think it’s absurd to use social media to deliver court documents, but technology is rapidly changing the world, and standards for service of process are changing as well. Under perfect circumstances, personal service — actually handing a paper copy of the summons and complaint to the defendant — is preferred. But in an imperfect world, defendants can be hard to locate. With the emergence of social media as a commonplace means of free, direct communication, there are now cases where parties to a divorce have attempted to serve divorce papers through Facebook. Some have won court approval, but others have been denied.

The first New York case where a court approved the use of Facebook for service of process was in 2015, when a Ghanaian woman sought to divorce her husband, for whom she had no known address. Although they’d lived apart for years and had never consummated their union, the husband refused to allow her a divorce and would only communicate with her over the phone and through private messaging on Facebook. Under these circumstances, the court reasoned it was likely a Facebook communication would apprise the husband of the divorce.

But The New York Post reported a few months ago on a case where the court would not permit use of Facebook for service. In that case, Manal H. Qaza sought to divorce her husband, Abdulla Ashalabi, who had abandoned her three months after their 2011 marriage. She believed her husband was living in Riyadh, Saudi Arabia, but claimed that attempting to serve him there through publication in a Saudi newspaper would cost about $3,000, a price she could not afford.

In rejecting Ms. Qaza’s request, the court expressed its doubts that a Facebook communication was likely to reach Mr. Ashalabi. From the judge’s remarks, we can glean a few points a petitioner must prove to get court approval for service through Facebook:

Service of process is an essential part of civil litigation. A defendant in a lawsuit or a respondent in a divorce has a right to be notified about the court proceedings. As social media outlets prove to be a reliable method of service, more courts will allow this form of service.

If you are planning to file for divorce, Solutions Divorce Mediation, Inc. can help you and your spouse reach a cost-effective marital settlement agreement. Call us at 1.631.683.8172 or contact our Long Island office online.