D’Amato Divorce Shows How Ugly Child Custody Disputes Can Be 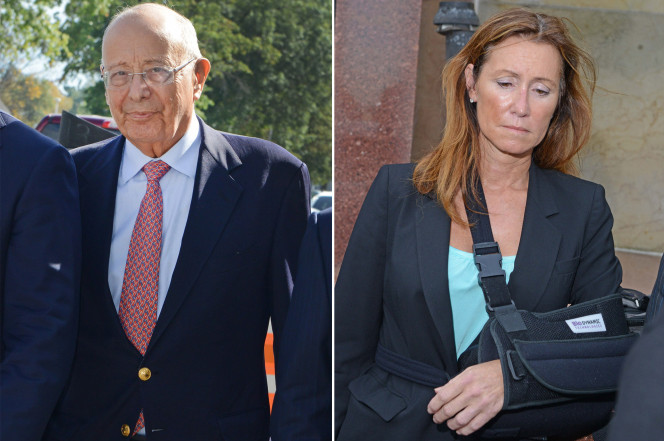 Former U.S. senator Al D’Amato is embroiled in a contentious child custody dispute with his wife of 14 years, Katuria Smith. D’Amato, 80, got an order for temporary custody of the couple’s two children, Alfonso, 9, and Luciana, 7, two days after Smith, 51, filed for divorce. According to a story in the New York Post, the couple later agreed to share custody after a court-appointed attorney for the children told the judge the kids miss their mother.

Depending on which party you believe, D’Amato is either protecting his children from an erratic mother with a “psychotic disorder,” or using the children to punish his wife. D’Amato’s attorney cited a hospital record that labeled Smith “delusional,” while Smith’s attorneys says she may sometimes appear erratic because “she suffers from Attention Deficit Hyperactivity Disorder.” The court has ordered that Smith’s mother supervise her time with the children.

If the facts as D’Amato asserts them are true, he’s made the right choice to aggressively pursue custody of the children for their own protection. Yet, false allegations are not uncommon in child custody disputes. Too often parents are so afraid of losing their children that they make wild claims to discredit the other parent. But usually, in the end, those tactics backfire on the accusers.

So, if you are going through a divorce that involves a child custody dispute, how can you keep it from getting out of hand? Here are a few points to keep in mind:

One excellent way to keep your child custody dispute in perspective is to try mediation. Mediation is a cooperative process, so right away you have to adopt a nonconfrontational mindset. Mediation allows for privacy and self-pacing, so it takes a great amount of the pressure off. Mediation can also help you establish a basis for co-parenting with your ex in the future. Plus, you have greater command over the outcome than you do if you put the question to a judge.

Mediation can only work if both parties are rational and commit to the process. But for many couples, mediation takes a great deal of the emotional pressure out of divorce and post-divorce conflicts.

If you need to resolve your child custody dispute, Solutions Divorce Mediation, Inc. can help you reach an agreement in a timely, cost-effective manner. Call us at 1.631.683.8172 or contact our Long Island office online.