Dividing Interests in a Medical Practice Through Divorce Mediation 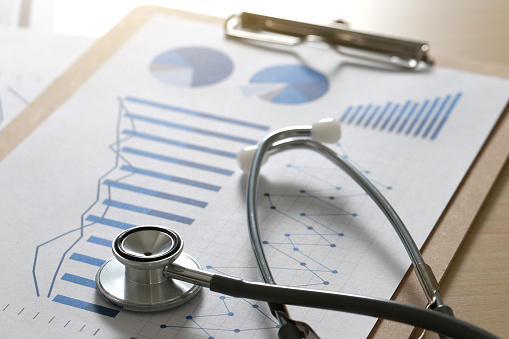 When couples divorce, they must go through the process of equitable distribution for their marital property, dividing their assets and debt in a manner that is fair, but not necessarily equal. They must also settle the issue of whether one spouse should pay support to the other and in what amount. These issues are fairly easy to work out for two-career couples, who, though married, were essentially self-supporting. But what happens when the couple has dedicated themselves to promoting only one spouse’s career? When the marriage dissolves, what rights does the supportive spouse have in the ex’s professional practice? Is mediation an effective process for resolving these important questions?

Let’s take as an example the career of a primary care physician living on Long Island. Let’s stipulate the couple met in college and married while the husband was still in medical school. He took out loans for his med school education and the wife worked full time, paying for all the household expenses. She worked part time during his residency and then quit working to raise their children. Twenty years later, he has a flourishing medical practice, earning high six figures annually. The practice bears his name and the name of two partners and employs three other doctors. But the couple has decided to divorce. What are the wife’s rights vis a vis the medical practice?

Under New York Domestic Relations Law, the wife has a strong case for alimony, since the marriage was of long duration and she sacrificed her own career for the sake of the marriage. But does her contribution to his medical studies and career also entitle her to an ownership stake in his medical practice?

A court might look at the wife’s contribution to building up the practice as a business. For example, did she work in the office at any time? If she did, did she earn less than the doctor would have paid an outsider to do the job? Did the wife put in extra hours promoting the practice? Did she interact directly with patients, helping to build up customer goodwill? Did she help her husband recruit partners for the practice? All of these activities would tend to create an equity interest in the practice.

But can all this be hashed out in mediation, or is this naturally the type of case that must be litigated in court? The answer depends almost entirely on the disposition of the parties. If they are disposed toward reaching a settlement, mediation can provide an effective means of reaching consensus. For example, the parties can hire one expert to assess the value of the practice rather than each party hiring their own and presenting dueling appraisals to the court. Also, having a skilled mediator guiding discussions makes a big difference, especially if the mediator has a firm understanding of the range of possible outcomes should the case go to trial.

On the other hand, if one or the other spouse is consumed with bitterness over the end of the marriage, good-faith negotiations are probably not possible, even with a skilled mediator.

If you are considering mediation for your New York divorce, Solutions Divorce Mediation, Inc. can help. Call us at 1.631.683.8172 or contact our Long Island office online.