Mediation is an Effective Way to Fight a Power Imbalance 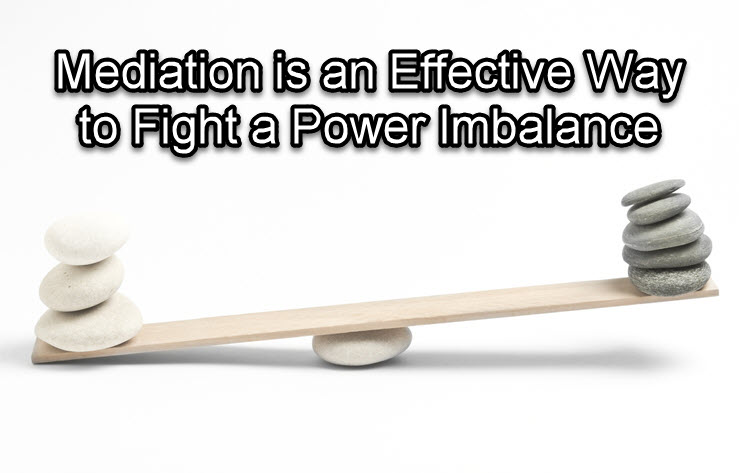 One of the most common warnings people receive about divorce mediation is that if there is an existing power imbalance between the spouses, it could allow one spouse to dominate the other in the conversations, resulting in the other spouse not being heard or being able to stand up for themselves in negotiations.

It is true that there is a possibility for one spouse to attempt to exert their influence. In addition, if there is a history of abuse or violence in the relationship, it generally is not advisable to proceed with mediation.

However, in most cases, mediation can actually be an effective way of neutralizing a potential power imbalance in the negotiation process. Here’s how:

Of course, it is important to note that mediators can only address what they see within their sessions. Any inappropriate behavior or attempts to exert one’s influence outside of the sessions is outside of the mediators’ control. But if you have an attorney representing you, this is where your lawyer can step in, advise you and hold your spouse accountable for potentially abusive behavior.

For more information about the benefits of using divorce mediation, contact an experienced Long Island attorney at Solutions Divorce Mediation.